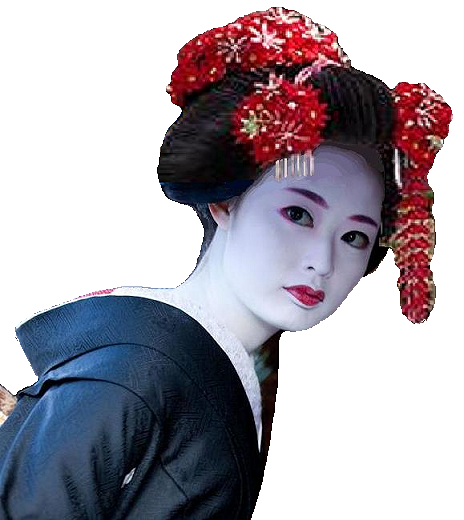 Maiko: Did you walk to Mary’s house from here

in this hot weather?

Henry: Yes. I was very thirsty when I arrived.

1) So cold. I asked for something to drink.

2) So I asked for something cold to drink.

In 2001, a group of archaeologists made an incredible find: Buried beneath a parking lot they uncovered the bones of King III, hunchbacked, with an arrow through the spine.

Richard is considered by many as the most evil king to have ruled England.

He is also renowned as a fearsome warrior, despite the extreme curvature of his spine.

Now, scientists are testing the bones to learn and training a “body double” in medieval battlefield techniques to determine

whether Richard could have fought so ferociously with such a severe deformity.

Buried beneath a parking lot,

the archaeologists uncovered the bones

with an arrow through the spine.

the PC’s battery will last longer.

If it is used efficiently,

the PC’s battery will last longer.

While the archaeologists (NOT the bones) were

buried beneath a parking lot,

the archaeologists uncovered the bones

with an arrow through the spine.

Buried beneath a parking lot,

the bones were uncovered by the archaeologists.

The Hunchback of Notre Dame

In 2011, a group of amateur historians made an incredible archaeological find: the bones of King Richard III, hunchbacked, with an arrow through the spine.

Now, scientists are testing the bones to find out more about the king and also conducting fascinating experiments to determine whether Richard could have fought so ferociously in battle with such a severe deformity.

Kato, how come you bring up fireflies in these wintry days? . . .

Then make it short and tell me about it.

I wrote the following story:

Yes, I know you did.

You viewed “The Two Popes” at the Vancouver International Film Festival, didn’t you?

Is the above film that good?

Actually, I read the following article the other day.

As you see, “The Two Popes” was nominated for the 2020 Golden Globe award.

So was “Marriage Story”.

Yes, both films were shown at the VIFF.

Kato, have you watched “The Two Popes” yet?

No, I haven’t. . . As you know, I made a request so that the library would hold the DVD for the movie.

Are you gonna wait till the library gets the DVD?

Kato, . . . It will take some time for the library to get one. . . You can watch “The Two Popes” at Vancity Theatre on Seymour Street.

Really? . . . Anyway, I searched the library catalogue for both movies, but I could find none of those movies. . . So, I viewed the following movie.

Written and directed by Isao Takahata in 1998 based on the 1967 semi-autobiographical short story of the same name by Akiyuki Nosaka, this animated war film depicts the lives of two siblings, Seita and Setsuko as well as their desperate struggle to survive during the final months of the Second World War.

It turns out a profoundly gripping, haunting and achingly sad anti-war drama.

Are you saying that the above movie has something to do with “The Two Popes”?

Oh no. . . I chose it simply because I read the original short story written by Akiyuki Nosaka. . .

Yes, it is. . . Actually, Nosaka won the Naoki Prize for best popular literature for this story and “American Hijiki”, which was published a month before. . . Both short stories along with four others were bundled as a book in 1968.

Then Isao Takahata directed the anime based on the short story, huh?

That’s right. . . The film was released on April 16, 1988, over twenty years from the publication of the original work.

Grave of the Fireflies

On 21 September 1945, shortly after the end of World War II, a teenage boy named Seita dies of starvation in a Kobe train station.
A janitor sorts through his possessions and finds a candy tin, which he throws into a field.

The spirit of Seita’s younger sister, Setsuko, springs
from the tin and is joined by Seita’s spirit and a cloud of fireflies.
They board a train.

Some months earlier, Seita and Setsuko’s house is destroyed in a firebombing along with most of Kobe.
They escape unharmed, but their mother dies from severe burns.

Seita and Setsuko move in with a distant aunt, who convinces Seita to sell his mother’s silk kimonos for rice.
Seita retrieves supplies he buried before the bombing and gives everything to his aunt, save for a tin of Sakuma drops.

As rations shrink and the number of refugees in the house grows, the aunt becomes resentful of the children, saying they do nothing to earn the food she prepares.

Seita and Setsuko leave and move into an abandoned bomb shelter.

They release fireflies into the shelter for light.
The next day, Setsuko is horrified to find that the insects have died.
She buries them in a grave, asking why they and her mother had to die.

As they run out of rice, Seita steals from farmers and loots homes during air raids, for which he is beaten.
When Setsuko falls ill, Seita takes her to a doctor, who explains that she is suffering from malnutrition.

Desperate, Seita withdraws all the money in their mother’s bank account.
As he leaves the bank, he becomes distraught when he learns that Japan has surrendered.
He also learns that his father, a captain in the Imperial Japanese Navy, is most likely dead, as most of Japan’s navy has been sunk.

Seita returns to the shelter with a large quantity of food, but finds Setsuko hallucinating – she assumes that a few marbles she finds are the previously mentioned Sakuma drops, and offers Seita rocks, thinking she had just made rice balls.

Seita hurries to feed her, but she dies as he finishes preparing the food, and she herself falls asleep.

Seita cremates Setsuko’s body and her stuffed doll in a straw casket.

He carries her ashes in the candy tin along with his father’s photograph, and though his death is never explicitly shown again, it can be assumed this is where everything ends for them.

Seita and Setsuko’s deceased spirits arrive at their destination, healthy and happy.
Surrounded by fireflies, the siblings rest on a hilltop bench overlooking the skyline of present-day Kobe.

SOURCE: “Grave of the Fireflies”
From Wikipedia, the free encyclopedia

You can see the full movie here.

The following clip is a live-action TV drama of “Grave of the Fireflies”, made by NTV in Japan.

It was produced in commemoration of the 60th anniversary of the end of World War II.

Like the anime, the live-action version of “Grave of the Fireflies” focuses on two siblings struggling to survive the final days of the war in Kobe, Japan.

Unlike the animated version, it tells the story from the point of view of their cousin (the aunt’s daughter) and deals with the issue of how the war-time environment could change a kind lady into a hard-hearted woman.

It stars Nanako Matsushima as the aunt, as well as Mao Inoue as their cousin.

Wnat do you think about the above movie?

Well… here’s a mood-changing clip just for you.

Gess what?… You can now laught to the last tears.

In any road, I expect Kato will write another interesting article soon.

So please come back to see me.

Have a nice day!

If you’ve got some time,

Please read one of the following artciles:

■Better Off Without Senate

■Fiddler on the Roof

Kato is a real movie lover, who tries to watch 1001 movies.

As a matter of fact, he has already accomplished his goal.

Kato watched “The Arabian Nights” or “One Thousand and One Nights” as his 1001th movie.

You might just as well want to view it.

The stories in “the Arabian Nights” were collected over many centuries by various authors, translators, and scholars across West, Central, and South Asia and North Africa.

The tales themselves trace their roots back to ancient and medieval Arabic, Persian, Indian, Egyptian and Mesopotamian folklore and literature.

In particular, many tales were originally folk stories from the Caliphate era, while others, especially the frame story, are most probably drawn from the Pahlavi Persian work Hazār Afsān which in turn relied partly on Indian elements.

What is common throughout all the editions of the Nights is the initial frame story of the ruler Shahryār and his wife Scheherazade and the framing device incorporated throughout the tales themselves.

The stories proceed from this original tale.

Some are framed within other tales, while others begin and end of their own accord.

Some editions contain only a few hundred nights, while others include 1,001 or more.

If you’ve got some time,

Please read one of the following artciles: